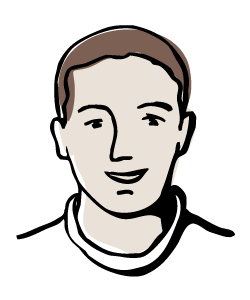 I’m a huge fan of health foods. On cold, dreary mornings, I absolutely adore making a bowl of hot, gluten-free oatmeal. When the weather is warmer, I love to munch on gluten-free corn or rice cereal for breakfast. Sometimes, I eat my crunchy cereal with almond milk or lactose free cow’s milk. Like my sweet husband, I am addicted to rich, dark chocolate. Besides being delicious, this healthy, decadent food is packed with filling fiber. It contains health benefiting antioxidants too. On this blog, I hope you will discover how much fun consuming health foods on a regular basis can be. Enjoy!

The political and social debate concerning the efficacy of medical marijuana is often biased because of the use and abuse of the drug for its euphoric and mild hallucinogenic properties. Medical marijuana licenses are often just a legal means of obtaining marijuana for entertainment purposes.

However, CBD oil, which is derived from Cannabidiol, a predominant chemical compound found in marijuana, has only therapeutic effects, since it produces none of the euphoric or psychedelic results of THC, which is the compound that delivers the "high" associated with marijuana use.

While research on the benefits of CBD oil in humans has been limited because of political ramifications, limited human studies and more extensive research on animals and cell cultures have shown therapeutic benefits for a number of disorders.

What are the Possible Health Benefits of CBD Oil?

​​Although clinical trials for Cannabidiol in humans have been limited, the results have shown improvements in treatment for several health issues, including:

CBD has also shown some promise for treating opioid dependence in animal studies, inhibiting the brain receptors that trigger psychological cravings for opiates.

Cannabis (marijuana) and any compound derived from it is illegal according to the Drug Enforcement Agency. However, several states have passed laws that prohibit prosecution under state law for the use of CBD for the treatment of specific maladies, such as epilepsy. These states include:

Although these individual states cannot directly violate federal drug laws, they can choose not to enforce the laws in specific instances. However, some of these same states don't allow the sale of medical marijuana or its derivatives, so patients must travel to states where CBD oil can be legally sold. They must then break federal law by transporting the CBD oil across state lines.

Until archaic laws that classify marijuana as a Schedule 1 drug along with heroin and other opiates are revised, the full benefits of CBD oil may not be known for years, but there is enough research and anecdotal evidence to suggest that it's worth a try for victims of serious neurological and psychological disorders. Visit a site like VIVACBD.LIFE for more help.